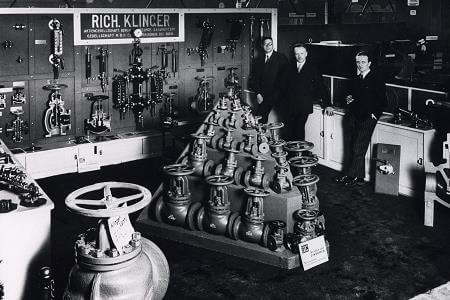 1893: The plant in Gumpoldskirchen is put into operation.

1922: KLINGER manufactures the first valve with an elastic, replaceable sealing system for the high temperature range. With the KLINGER piston valve, the standard industrial valve was invented. 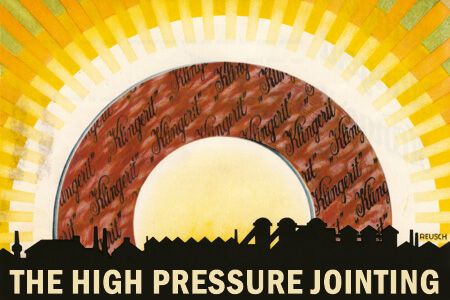 Karl Klinger takes over the business.

1924-1931: Further development of the sealing segment: the cylinder-head gasket “Klingerit 1000”, the alkaline gasket “Acidit”, and the oil-resistant gasket “Oilit”

1928: The development of seals for internal combustion engines opens up a new market segment – the production of brake pads.

With the beginning of World War II, the KLINGER factories are forced to switch to armaments production. In 1945, all transportable machines were dismantled by Russian troops. In 1947, regular production is resumed. 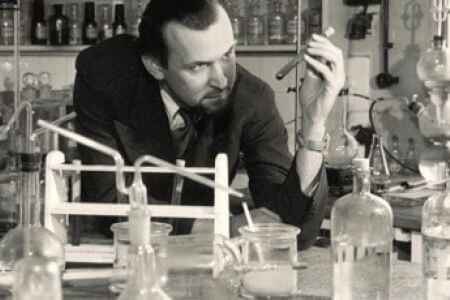 Expansion of manufacturing sites and build-up of a European distribution network with 24/7 service.

1980: Development of PTFE sealing materials and introduction of KLINGERSIL, the world’s first asbestos-free jointing material. In the coming years KLINGERSIL replaces Klingerit on the market. 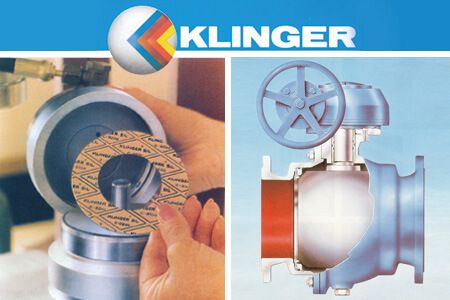 Thomas Klinger-Lohr is the fourth generation to lead the company.

1992: Establishing the KLINGER Holding as the parent company of the growing KLINGER Group.

Merger of the automotive segment with the German market leader Elring.

Opening of new subsidiaries in Russia, Thailand and China. 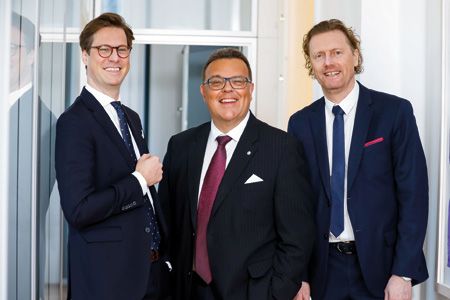 Strategic acquisitions in target segments. Focus on services and organic growth outside of Europe.

2015 – 2017: The Board of Directors, consisting of Daniel Schibli (CEO) and Peter Müller (CFO), takes over the management of the KLINGER Group.

In 2018, Christoph Klinger-Lohr joins the Board of Directors as CEO.

By the time the company celebrates its 135th anniversary in 2021, the KLINGER Group consists of 45 entities in more than 60 countries worldwide.